So I finally got around to getting the film developed from our trip to Mexico (you can find the posts about San Luis Potosi here and the Riviera Maya here and it was a bit of a mixed bag unfortunately.

I have had some really interesting results with the Diana Mini lomography camera before mostly using expired film (check out the stuff I took in England and then Spring in Toronto in 2013) but this time was a major fail.

I am not entirely sure what went wrong this time, although I think mostly it is down to me moving the camera as I depress the shutter release.

As you can see they are a blurred mess 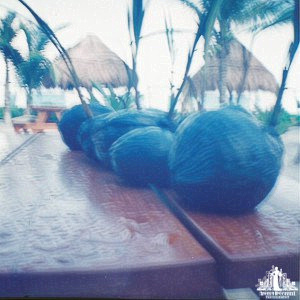 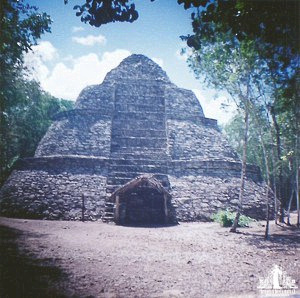 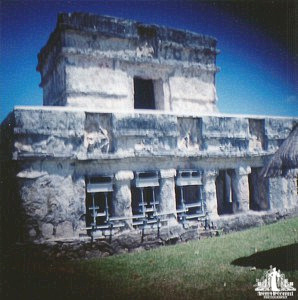 I loved how the colours came out – Tulum 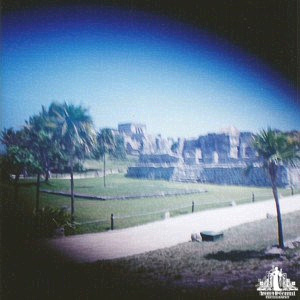 Tulum would have looked really nice – also I am obviously having issues with the vignetting of the barrel/and my ginormous black floppy sunhat.

The film out of my Dad’s old Praktica Super TL was awesome!! Beautiful colour, a hint of grain – I was super impressed! Also impressed that I managed to expose all of them pretty much spot on even with the internal meter broken.
This was ISO 400 film and shot most of them around f8 or f11 at between 1/125 to 1/500 although most I think would have been 1/250 since it was pretty bright most of the time. Also super impressed that this film came out at all since it snapped out of the cannister (I may have forgotten how many exposures were on the film and just kept shooting and winding), and I had to remove the film in the darkest room of the apartment (just happens that we are in a basement apartment and have a guest bathroom with no external windows in a dark hallway). 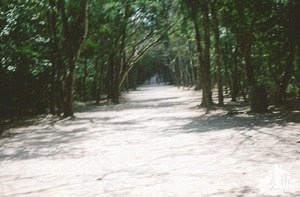 This one is allowed to be blurry, we were riding a Mayan limo at the time (sitting our fat arses in a seat while someone push biked us down the road). We blamed Geoff’s ileo for not being able to walk the 4km in the heat. 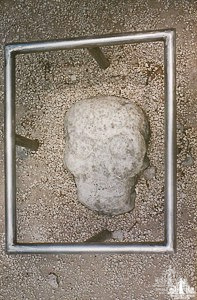 Part of the ruins in the games arena at Coba

Same as the Diana photo – I was double shooting a bit since I wasn’t sure if anything would turn out.

Can’t get enough of the beautiful colours of Tulum. What I also find really weird is that I have less problems with crooked horizons in film cameras. 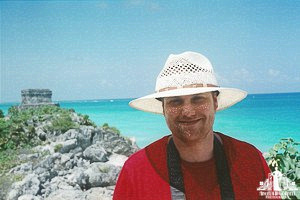 Managed some depth of field and even exposed correctly for Geoff’s face – AWESOME! 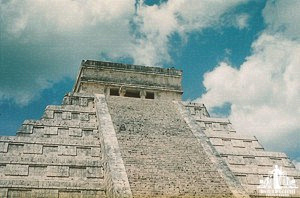 And I ran out of film at Chichen Itza. So glad I took the film cameras with me, I am even a bit tempted to jump on Ebay and find a few more vintage cameras to add to the collection, but I have also spied the Instax Mini Neo Classic AND the Diana Mini Instant back. Geoff knows what to get me for Xmas now :)